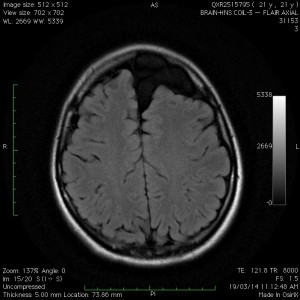 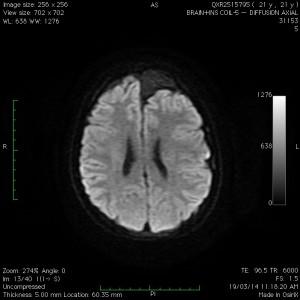 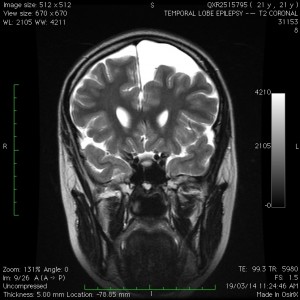 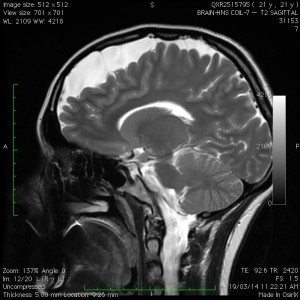 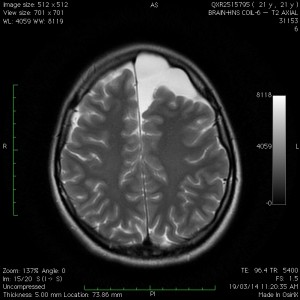 Arachnoid cyst (above collage): An arachnoid cyst is a developmental or “congenital” structure (i.e., people are born with this), and is regarded to be a variant of normal in the general population. They occur in around 1-5% of the population, more commonly in males and on the left side of the brain. Most people in the community will never know they have one!

The cyst typically contains normal cerebrospinal fluid (CSF) and is lined by a thin layer of normal arachnoid membrane but there may be septations/thin arachnoid walls in the cyst. In a small percentage of arachnoid cysts, the septations can sometimes act like “one-way flap-valves” to gradually allow build up of fluid thereby causing an enlargement in the cyst.

Arachnoid cysts are usually asymptomatic, and the few that are symptomatic can present with features such as headache (particularly morning headache) with nausea and vomiting, and lethargy, seizures, visual changes, and (if there is haemorrhage into the cyst), a sudden deterioration in neurological function.

The most common location is the middle fossa (“Sylvian” or fronto-temporal), followed by the cerebellopontine angle and other regions of the hindbrain, and then other miscellaneous sites such as the cerebral convexity (like the one shown above) and the sellar region (around the pituitary gland). Initial imaging is usually a CT scan, followed by an MRI. The classic feautures are demonstrated in the MRI above. Dr Khurana recommends at least two MRI studies separated by at least 6 months, and one of the MRI studies to be with contrast, for proper characterisation and surveillance of the cyst. 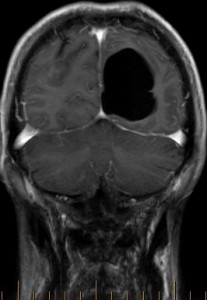 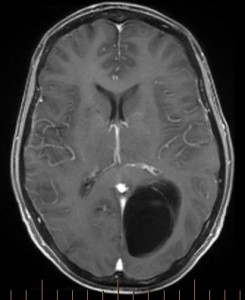 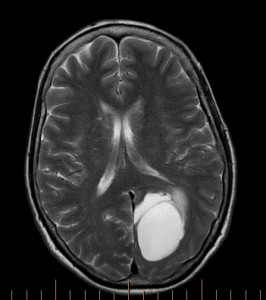 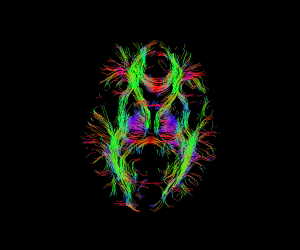 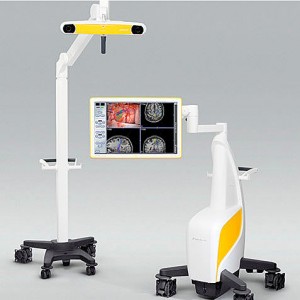 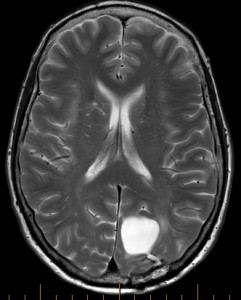 Arachnoid cysts such as the one shown above can sometimes present with progressive neurological dysfunction. This patient’s cyst gradually enlarged and she was referred when her vision contiunued to deteriorate. The pre-operative images (upper three images) show a sizeable cyst causing mass effect on the patient’s “visual pathway” fibers (geniculo-calcarine tract; tractography lower left).

The cyst was successfully fenestrated (openings made into the cyst’s walls and its internal septations, allowing better fluid passage and drainage) at multiple locations through a small precisely-made stereotactic craniotomy (lower middle and lower right images), and the patient’s long-standing vision problems then substantially improved. The image below shows the commencement of microsurgical fenestration (yellow circle) of an arachnoid cyst wall (ACW) for this enlarging and symptomatic cyst located along the brainstem (B-S). The tip of the microinstrument shown here is 5mm in diameter.