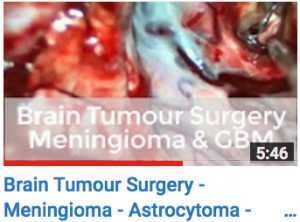 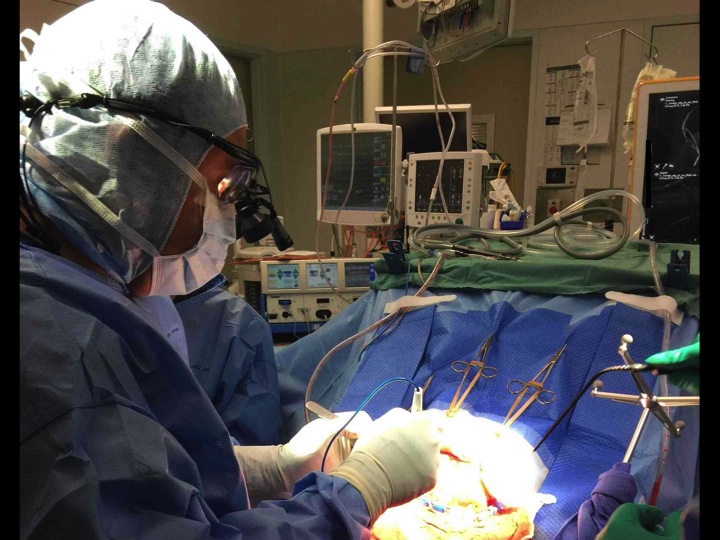 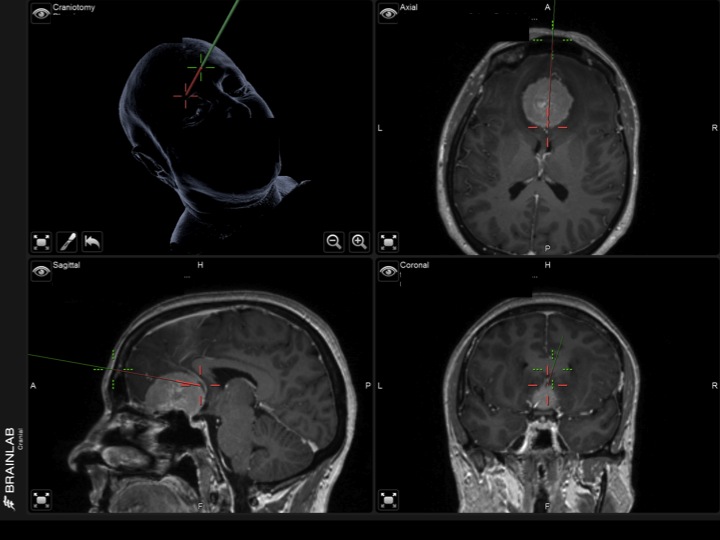 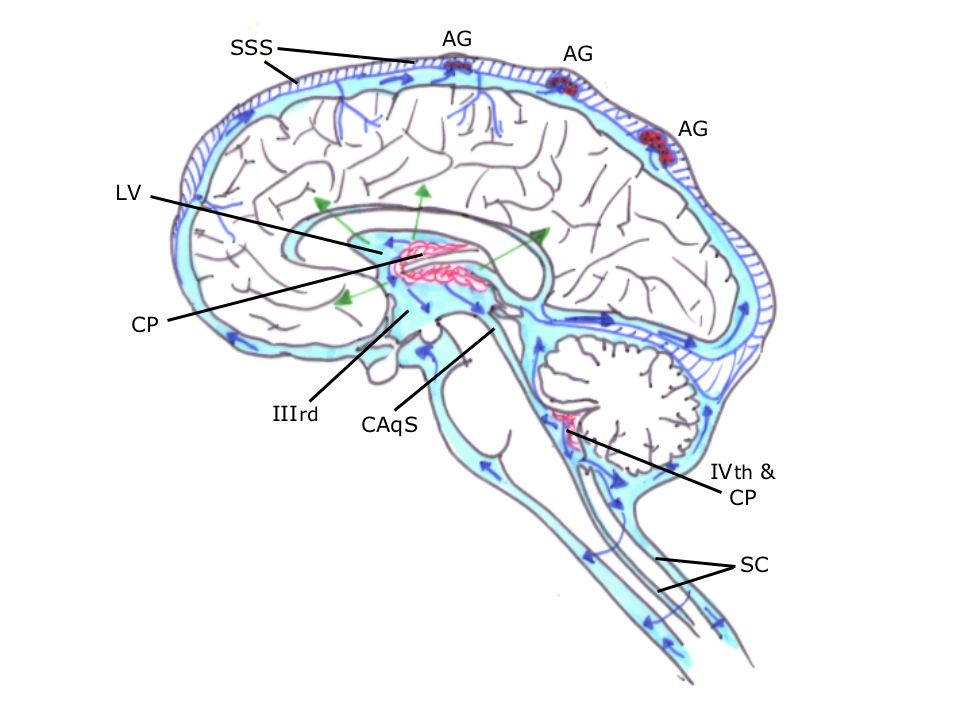 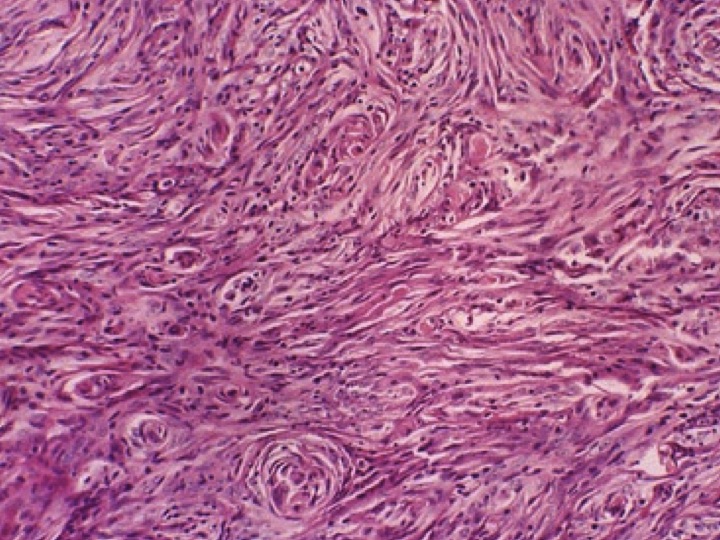 A meningioma is a tumor that originates from so-called arachnoid cap cells that are associated with the thin and watertight arachnoid membrane surrounding the brain. Note that meningiomas do not arise from fibroblasts of the leathery covering (dura mater) of the brain, but the dura is typically secondarily involved as meningiomas expand into this and ‘stick’ to it and other neighbouring tissue (Image 3, above).

Frequently, arachnoid cap cells are found near structures called arachnoid granulations (AG; see Image 4, above) which drain the cerebrospinal fluid (CSF). The vast majority of meningiomas are benign in that they grow slowly, and are well-demarcated from their surrounding tissues – i.e., they don’t tend to invade nearby structures but rather compress or displace those structures and can adhere to them. Most feel rubbery to touch. They may or may not be calcified (“gritty” when cut).

The vast majority of meningiomas are “graded” by the World Health Organization (WHO) as being WHO Grade I (typical, benign meningiomas; 90%; Images 2 & 5, above). 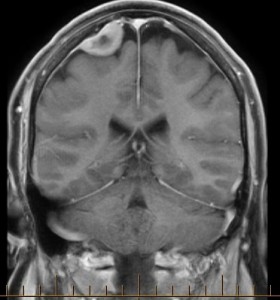 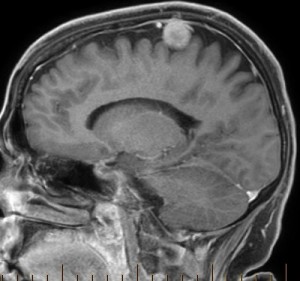 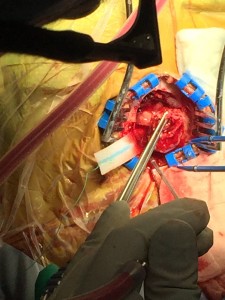 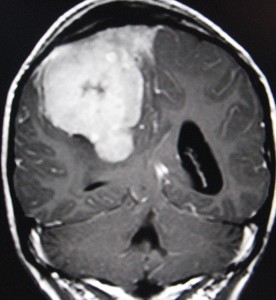 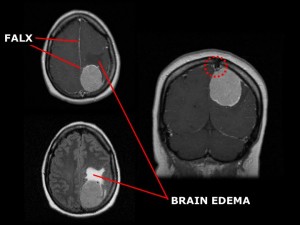 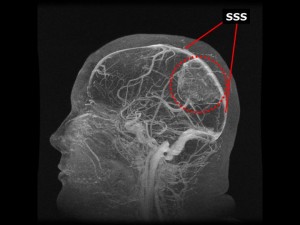 Even though most meningiomas are benign, they can still cause neurological problems, sometimes significant. This depends on their size and location, in particular which structure(s) a meningioma compresses or displaces.

The upper three panels (Images 6 – 8) show a simple “convexity” meningioma, with straight forward removal as a single mass at the time of the stereotactic mini-craniotomy (Image 8).

The other panels (Images 9 – 11) show more complex meningiomas, with need for meticulous microsurgical dissection away from critical venous and brain tissue structures.

Depending on the location, size, presence of any neurological effects, and rate of growth of a meningioma, the tumor may be “observed” or treated. Treatment is usually by open surgery, but in some cases focused radiation therapy (stereotactic radiosurgery or SRS) may be an appropriate alternative. In some cases, surgery and SRS are used in combination.

If there is a substantial-size mass (Images 9 – 11, above and Image 12, below) and/or if the meningioma is associated with swelling (oedema) of the brain (see Image 10, above), or if the meningioma is growing and readily accessible to a surgeon (Images 6 – 8, above), then SURGERY via a stereotactic craniotomy is the preferred first-line treatment. 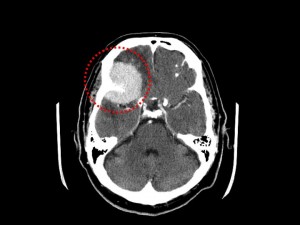 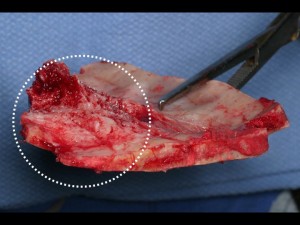 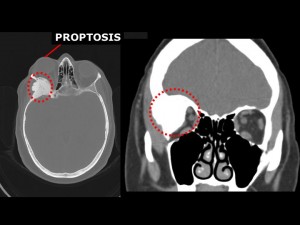 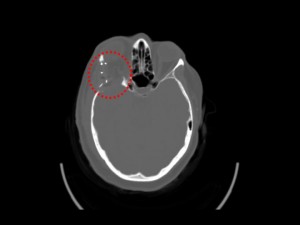 Certain structures that can be “compromised” by an expanding meningioma include the superior sagittal sinus (a large venous structure overlying the brain’s surface), the optic nerve or optic chiasm (for vision), the frontal lobes (for personality, planning and judgement), the brainstem and spinal cord (for movement and sensation), and so forth.

Sometimes menigiomas are found in multiple locations in the central nervous system (CNS) of a given individual at the time of initial diagnosis. In such persons, there may be a condition known as meningiomatosis, and there may be an association with a hereditary condition such as neurofibromatosis, or a history of childhood radiation therapy.

Meningiomas can involve the bone primarily (“intra-osseous“; Images 13-15, above) or secondarily as “hyperostosis” (Images 13 & 14, above). The bone can be removed and replaced with an acrylic or titanium custom-made cranioplasty. 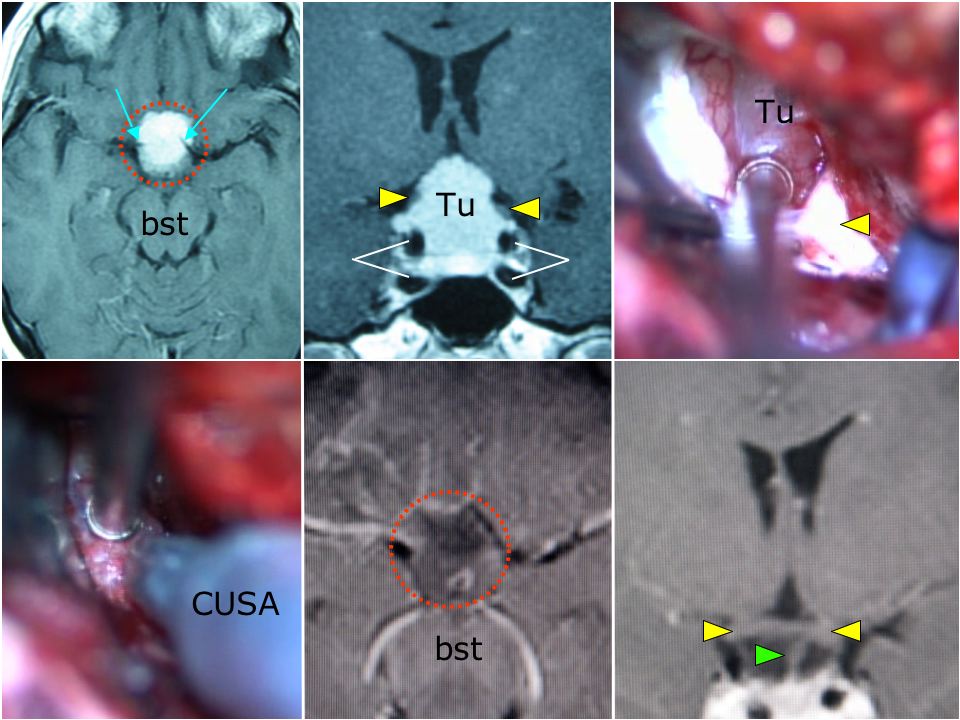 Some meningiomas, like the one shown in the Image 16 collage above (top left, in red-dashed circle), can occur in the skull base. This example is one referred to as a tuberculum sellae meningioma (Tu) owing to its specific location in the anterior base of skull.

This tumour was completely and safely resected using microsurgical techniques and a microtipped ultrasonic aspirator (CUSA), with the postoperative scans (lower middle and right panels) indicating complete removal and no injury to any of the critical surrounding structures.

Image 17 collage below shows some of the neurovascular structures close to meningiomas of the anterior skull base. Protecting these is a key priority. 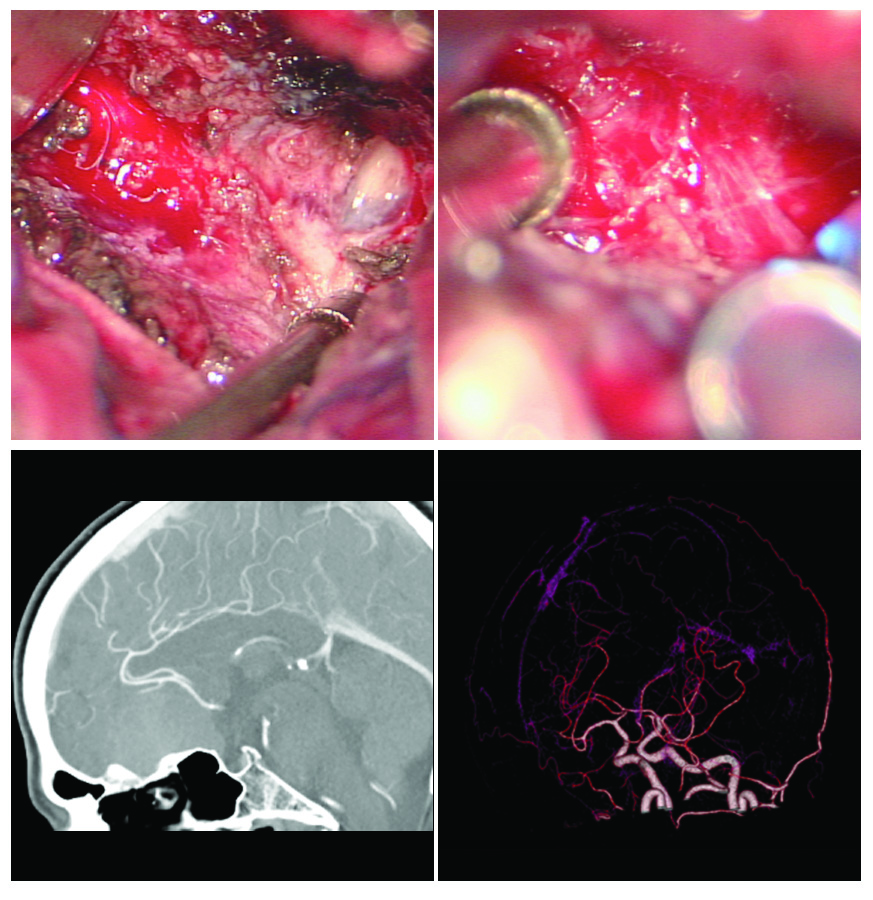