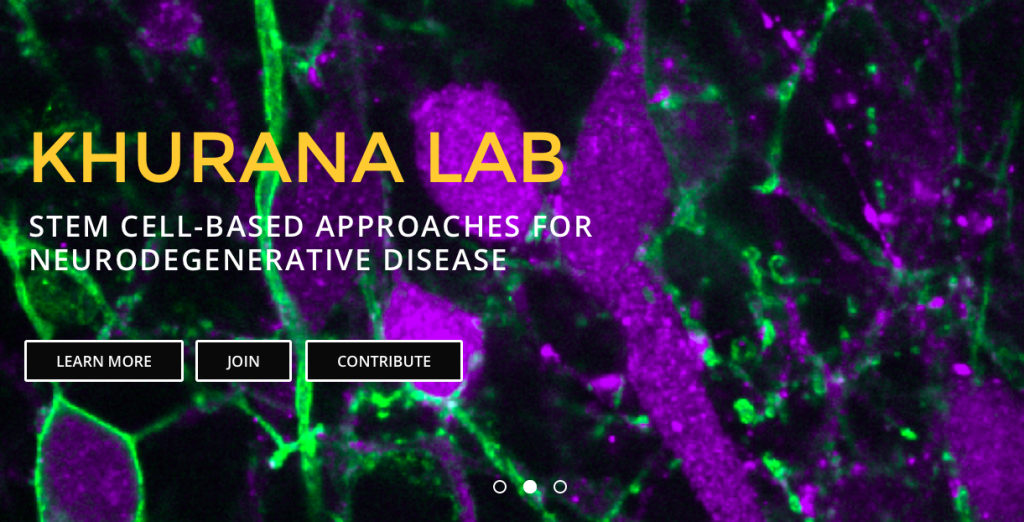 My parents migrated to Australia in the early 1970s on an ‘immigration lottery’, with two suitcases, a two-year old (me), and the prospect of a humble income. Their first job was to help provide medical care to dozens of children with Down Syndrome on a small island in New South Wales. They instilled an understanding of compassion and human dignity in me and my younger brother.

So touched and proud that more than 40 years later, my younger brother has opened the doors of his biomedical research laboratory at Harvard, trying with his colleagues to unravel the mysteries of (and perhaps find a cure along the way for) a set of terribly disabling diseases: Alzheimer’s, Parkinson’s and Multi System Atrophy (MSA).

Well done Vik! May you and your incredible colleagues make a great difference to people with neurodegenerative diseases, worldwide. G.K. Aug 24, 2016.

Addendum Sept 1, 2016: This update from Yumanity Therapeutics in Cambridge MA, where Vik is a Scientific Co-Founder: “Yumanity’s Chief Scientific Officer, Dr. Kenneth Rhodes, and Vice President of Discovery Biology, Dr. Robert Scannevin, are co-authors on the paper published today in Nature entitled “The antibody aducanumab reduces Aβ plaques in Alzheimer’s disease”. The study investigated and justifies the continued development of the aducanumab antibody as a potential form of treatment for Alzheimer’s Disease. The authors found that aducanumab selectively targets and reduces amyloid-β, a protein that is known to cause the detrimental plaques in the brain associated with Alzheimer’s Disease.”